Posted on April 21, 2017 by Sheri @trail2peaktheadventurouspath 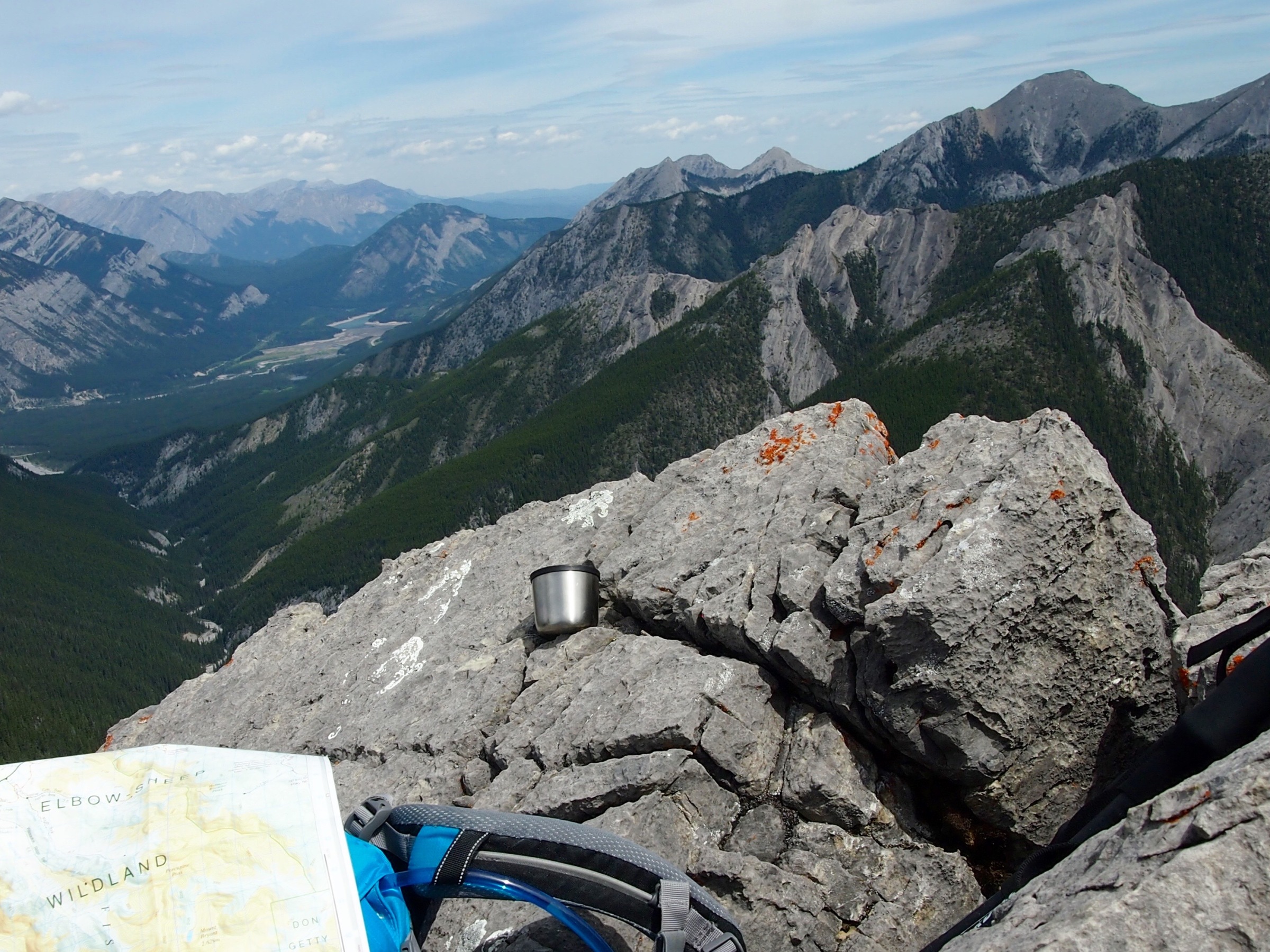 Bill and I celebrated Canada Day (July 1st) last year by heading outdoors and enjoying one of the things we love most about this amazing country that we live in: it’s great, big, wide open wilderness spaces. If you are planning on visiting our incredible National Parks this year, on Canada Day, be warned: this is Canada’s 150th Birthday, and all Canadians have free access to National Parks passes this year, so it is expected to be very, very busy. (If you are Canadian, and want to get your free parks pass, you need to order them ahead of time as they won’t be available at the park gates, so click HERE.)

In case you are wondering where to escape the hordes this Canada Day, here’s an idea: trek on up Wasootch Ridge in Kananaskis Country’s Wildland Provincial Park (on the eastern edge of Banff National Park) as we did last season. There were wide expanses of wilderness to see, heights to climb (like a series on mini mountain peaks), a picnic spot with tremendous views, and some terrific sunshine. Along the ridge itself, we only came across a handful of scattered hikers, so it was a great escape and adventure.

One word of warning: don’t head down onto the creek surface, as we did. This is not the beginning of the hike and simply takes you to the Wasootch Slabs climbing area. Instead, head up into the forest on what looks like an animal track, behind the picnic table area. (If you are looking upstream, it is on your left.)

The ridge is the hilly line on the left-hand side of this photo. With Porcupine Creek (out of sight) on one side and Wasootch Creek on the other, it stretches out far into the distance. This photo is taken near the beginning of the hike, once we’d done a thigh-burning scramble up a steep trail through the forest to the crest of the ridge. Pretty quickly, we were into the views. And that is one of the best things about a ridge walk. We were aiming for the little pointy bumps on its end, far off in the distance.

This is where many people stop on this hike. It’s a beautiful picnic spot, up on top of the ridge, proper, and we saw many people there on our return. Our goal though, once we attained the top of the ridge, was to walk along it as far as we could go. We were heading to the rocky peak at the end. After all, Wasootch comes from the Stoney Indian word, “wazi” which means “unique” and apparently refers to the rock tower at the ridge’s end. And it turned out to be a pretty neat place to explore, and well worth the trek!

The cool thing about doing a ridge walk is that you are on the spine of the mountain…. I have to say that other than the tremendous views, walking through the spiny segments of the mountain creature’s backbone is my favourite thing about a ridge walk! The rocky sheets of the earth’s crust have been upthrust under tremendous pressure forces. Once upon a time they were an ocean floor! As the tops of those sheets erode, they look like this: see our trail heading between the vertebrae? It went right between the spiny segments.

Some parts of the trail were forested, despite being up top on a ridge. Look back through this photo and you can make out the rough track of our trail, snaking over the barren spot.

At times, the top of the ridge was very eroded and barren looking. Here Bill’s taking in the views. Bella & Seamus (we were dog sitting a friend for Seamus) are looking forward, quite literally, to continuing along the trail.

One thing about a ridge walk: they’re often quite exposed. So we stopped for water (and chocolate) frequently. If you are bringing dogs on this route with you, carry lots of water for them. There is NOTHING up top but dry rock, hot sun and the occasional stunted forest patch. The dogs were quite hot on this hike and went through all their water and some of ours! 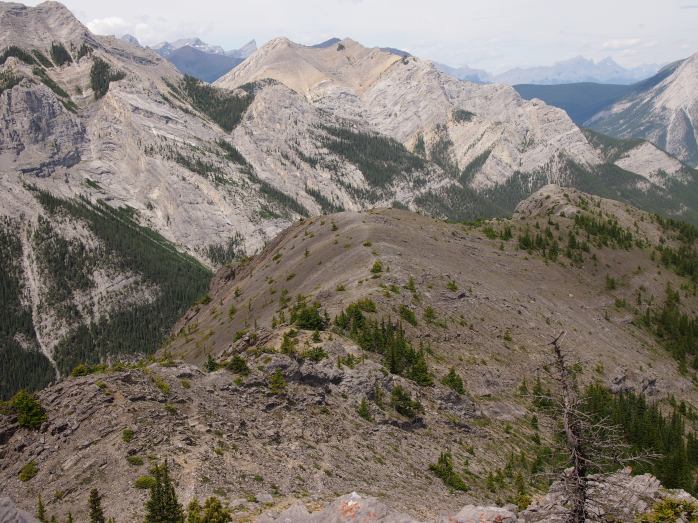 This was a nice, high ridge with commanding views on the ins and on the outs (this photo looks back out over the last part that we climbed). If you look carefully, you can see the trail (the light line along the top of the ridge).

After about 7.5km, we had passed the official trail-ending cairn, and gone a little farther to come to what we felt was our turn around point. Not quite the top of the final peak, it was a high point that was a jumble of rock slab chunks.

Though we could have scrambled farther to attain the actual peak, we thought it best to turn around at this point. There were thunder showers in the forecast, the clouds were building, and we had a long, exposed walk ahead of us, back along the ridge.

We like to look at maps to learn the peaks of the area, to see the contour lines take shape in front of our eyes, and to learn where the drainages (the paths the creeks take) start. Often we do this at lunch time, from a fantastic viewpoint. This time, we found ourselves looking out over Porcupine Creek, and back into the front ranges of the Kananaskis Valley. There’s something really inspiring about picnicking on top of the world with mountain peaks, spreading out like ocean waves, before you!

Click here for more terrific hikes in Kananaskis Country (Canmore Area). And check out more hikes from Canada and our adventures around the world here. 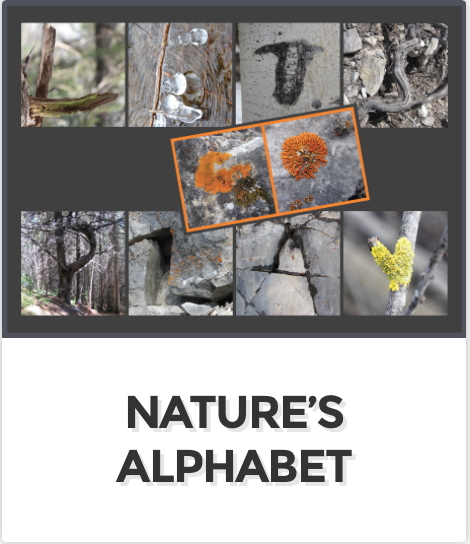